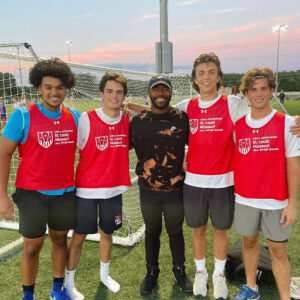 Singleton is originally from Brentwood, N.Y., and is a graduate of Tennessee Wesleyan College with a 2011 bachelor’s of science degree in sports and fitness management and a minor in business. At Tennessee Wesleyan, Brandon was a long-stick-middie and was a four year starter and three year captain. He was named to the SELC Honorable Mention All-Conference Defensive Team in 2008, SELC first team All-Conference team in 2010 and 2011, 2010 SELC All-Tournament team and he was a third team MCLA All-American in 2010. Brandon holds a number of records at Tennessee Wesleyan including most ground balls in a season (87) and career (200), most points in a game as a defender (10) and most career points by a defender (26).