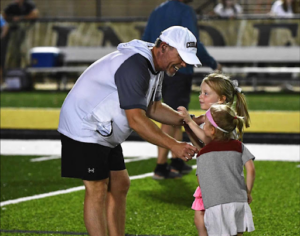 Coach Andy Kay is our head of program and the founder of Project Missouri. Coach Kay grew up playing lacrosse in North Carolina and played his college years at Ohio Wesleyan University. Since college, Coach Kay has been a staple in the high school lacrosse game around the coaching, coaching at programs that includes St. Stephen’s & St. Agnes in VA, Western Reserve Academy in OH, and is currently the head coach of MICDS where he has won 8 straight State Championships. Coach Kay is a Missouri Lacrosse Hall of Fame inductee for being a ‘truly great coach’.